Haicheng (海城, Hǎichéng, or "Ocean City") is a coastside city in the northwest of China, between Beijing and the Korean border.
If you like this translation, please consider encouraging me on Ko-fi! Extra chapter for every two ko-fis 💛 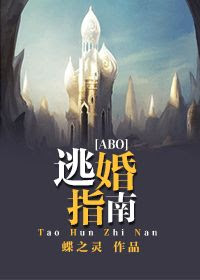 
After being reborn in a sci-fi ABO world, Xi Wei became the newly born son of the Imperial King. He thought, as the emperor’s son he could live a carefree and imposing life, but unexpectedly the First Prince is actually an omega? What the hell is an omega? There was an alpha who was born on the same day as the First Prince Xi Wei, the two children grew up together. When Xi Wei looked at the blonde child next door, he always felt that the boy was not pleasing to the eye, so as a child Xi Wei bullied him. Until many years later … Looking at the man standing in front of him who was one head taller than him, Xi Wei was dumbfounded. He tried to get out of the way, but eventually still fell into his childhood sweetheart’s clutches.

*** This is set in the same universe as ABO Cadets, which takes place after the events of Runaway Guide.

Chapters 1-30 of ABO Cadets can be read onKeztranslations.

Hey, it's Banoffee! I'm back again with a new novel by the lovely Long Qi. Never mind about The Marshals Want to Get Divorced, since SilverSoul is continuing it, but this novel, Entering a Split Personality, has a similar premise. I'm excited to start another journey with you all! 🤝

***
The hall was spacious and wide, and its rich crimson and golden brown walls reflected subtly off of each other. Inside, it was decorated with costly works of art and antiques. Even someone who didn’t understand art in the slightest would want to linger here.

It was so gorgeous here that it seemed like a dream manor from ancient Europe an aristocrat had squandered great wealth to defend. When you walked in from the outside, it felt just like you were a king coming back to your palace.

Three hours before, even if Xiao He was beaten to death, he wouldn’t have believed he could come to a place like this.

But at this moment, he was sitting on a soft, expensive sofa, looking at the black words …

Runaway Guide Chapter 69 — I Don’t Have Any Strength Right Now, Hurry...And Think of a Way to Save Me

Thank you so much Maddy and Anon! You made my day 😊
***
Flying Egret, Xi Wei soon arrived at the Royal Hotel. This hotel’s biggest benefit was that it would never reveal its guests’ information, and would always safeguard their privacy. If you didn’t have the passcode to go into the hotel, no matter who you were, you wouldn’t be able to go into any of the rooms. That person had Xi Wei meet them here, so they obviously knew the Royal Hotel well.

—Exactly who were they?

Xi Wei used the passcode they had sent him to ride the floating platform inside up to VIP room #8. He hesitantly pushed open the door to the room.

To his surprise, there was no one at all inside the room.

The VIP room was quite large, and it was decorated sumptuously. There was a king-size bed in the middle, and a soft, thick, blue velvet carpet was spread across the floor. The chandelier hanging from the ceiling shone brilliantly, and delicate flowers glistening with dew were on the table. Through the huge French wind…